Click on a basket to view added products or progress you order.

Herringbone is the traditional, timeless and distinctive pattern, known and loved for its elegance and uniformity. It has recently re-entered the spotlight as a fantastic option for flooring that blends the traditional and ultra-modern seamlessly, Read more

to bring drama and atmosphere to any room. There are plenty of different styles and designs of herringbone in wood, laminate, vinyl, LVT and carpet for you to choose from, and by mixing colours and materials you can create a modern twist on a classic design that will stand the test of time. Read less

A timeless classic, herringbone carpet is available in natural wool or sisal.

Find the V-shaped pattern in a wide range of colours, hues, styles and materials. 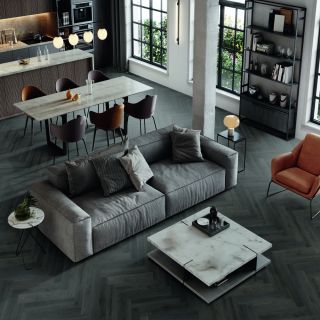 Our luxury vinyl floor tiles will create an inviting and attractive space in your home.

Yes, it’s possible for your flooring to be practical yet pretty. 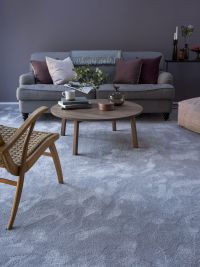 How to choose your floor colour

When it comes to choosing a colour for your floor, there are several things to consider. Our helpful guide will give you the best tips. 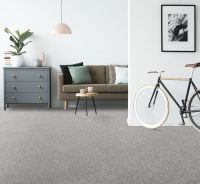 How to match your floors to your furniture

Our guide takes you through the latest looks and inspire you with some great combinations to try.

How to measure a room

Tape measures at the ready! Our helpful guide will teach you how to measure your room like a pro. 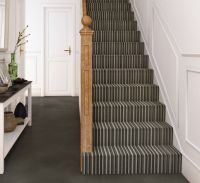 How to measure the stairs, hallway and landing

What's a riser? And where is the nose?! Follow our simple 10 step guide to learn how to accurately measure your stairs. 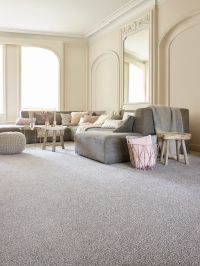 Whatever the size of your room or style of your home, we’ve got lots of great ideas and tips. Read on for our best cosy living room ideas.

Read more
What is the best flooring for kitchens?

From vinyl to laminate and more, we help you find the best type of flooring for kitchens.

Keep your carpet feeling soft and looking fabulous with our handy cleaning tips.

The best thing about laminate and LVT flooring is it's so easy to care for! Check out our cleaning hacks for smooth flooring.

Does your vinyl need some TLC? Our expert cleaning tips will leave it looking as good as new.

There is nothing grander or more elegant than a herringbone floor. Whilst being slightly more expensive you can be sure the herringbone pattern will achieve the ‘wow’ factor and impress your visitors. It not only brings opulence and luxury to any room, but the pattern also creates the illusion of movement, making a room appear larger, so it would be a great choice for smaller or narrower rooms.

What's the difference between herringbone and parquet?

The word ‘parquet’ is the umbrella term used to describe a variety of patterned flooring. Parquet floors are recognised by their small planks that run in diagonal patterns and there are plenty of different designs and styles for you to choose from. Herringbone is a specific flooring pattern and it’s available in wood, laminate, vinyl, LVT and carpet.

The herringbone pattern is the most popular form of parquet flooring, first developed in the Roman era as the perfect arrangement for road building. Romans discovered the roads were more stable when the bricks were laid in the herringbone pattern. It was first used in flooring back in the 16th century and remains just as popular today. The pattern is called herringbone due to its visual similarity of the bone structure of a herring fish. It’s a type of pattern made up of rectangles at right angles to one another, creating a staggered zig-zag design.

What is the difference between herringbone and chevron? 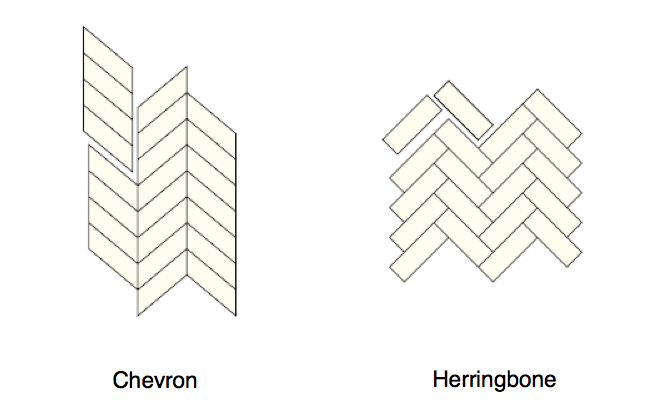 Why is herringbone flooring so popular?

Herringbone patterns have increased in popularity due to the increase in classic finishes to homes and the improved manufacturing process in laminates and click-fit luxury vinyl. Thanks to the variety in wood shades and patterns, it combines a natural material look with extra visual interest. There are many styles and shades to choose from and the results are spectacular adding a touch of elegance to your home.

What does houndstooth mean?

Houndstooth is a two-toned, broken check pattern using mainly two colours. The print was originally inspired by the uneven shape of a dog’s teeth and was worn by shepherds in Scotland as a form of ancient camouflage. Worn by the wealthy in the 1930’s, houndstooth has a timeless appeal that will never go out of style. 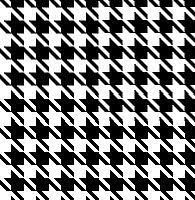